May 30:
I came home after a week away to find that the the extensive addition to my house had progressed astonishingly. A large, blockish addition was up and already clad in siding. A neighbor (in actual fact a splendid carpenter) had built it, and he took me through it. Interior also nearly complete, even painted, in dark faux-Victorian colors, glossy varnished floors, large armoires, all kinds of wood trim, turned banisters etc. The wood was done in a dark, almost black, gray stain with exaggerated grain, all heavily polyurethaned so that it looked like plastic. It was like a pretentious B&B. I thought it was awful and I knew that when L saw it she would hate it and want it all redone. Then I thought, But L’s been here the whole time, while I was gone – she must have approved of all this. I supposed I would just have to live with it. 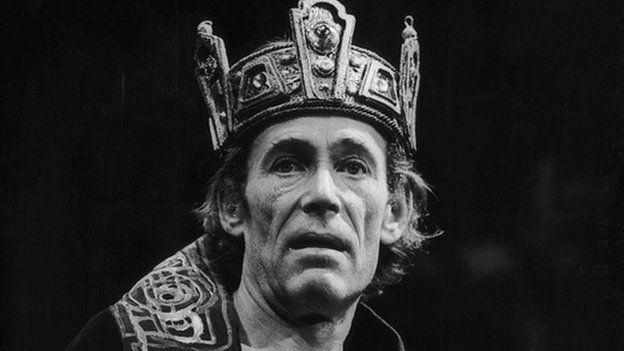 June 26:
At an outdoor café with friends. Drawn away by a threatening person of power, a kind I encounter often in dreams – sadist or bully, power-mad and irrational. He takes me down the block a ways, and lays out his reasons for needing to kill me – I forget what these were. I try to gently counter them and allay his cold rage but no luck. He demands I come with him quietly. I see a chance to signal one of my friends back at the café, but some passer-by thinks it’s meant for him – now I’ve given away my secret sign and won’t get help. Things looking bad for me as I awake.

July 11:
A huge dark train station or transportation hub – so many of these in my dreams! L and I are going to New Hampshire, but I don’t have the right papers – I have my passport, but it needs to be renewed. I go to an office where this can be done, small dark shabby crowded space, people in old clothes, bundles, sitting on benches – like an old welfare office. I can see an inner office , where a Chinese woman has brought a bag of groceries for a co-worker. Another woman (most of the officials are women) draws a transparent plastic curtain between the petitioners’ space and the offices. I’m finally admitted to a shabby and disorganized office where a nice Asian woman deals with my problem. I am now official. She collects the usual gift package you get on such occasions – some booklets, trinkets, stickers – I tell her I don’t want it, but she insists, cheerfully, comically. One of the items – a bottle of something, liquor, shampoo, breaks as I am leaving, and leaks, spreading smelly liquid everywhere.

Anyway I have somehow got on the train – L is no longer there. Same refugee-like crowds. A young girl (also Asian) lying asleep across boxes, her midriff bare. Train arrives in a huge city and I walk out with a woman who offers some piece of common wisdom, which I wittily reverse – but I don’t remember what it was. Pouring rain as we exit the station. Somewhere in the station is my luggage. I go back in to find the baggage claim area. At a glassed-in information booth (I make a guess that this is what it is) an annoyed, mustachioed male is unhelpful, angry with me. I retreat to a waiting area of dark wood benches, where a girl child comes by me with a tiny black dog. I can’t at first tell if it’s real or a toy. Like a pug, with tiny, needle-sharp teeth. A woman seated near me warns the child to be careful but she’s unconcerned, puts her hand in the devil-dog’s mouth.

I return to the information booth (I can almost never return to any place in a dream) and the man with the moustache sends me away — “wasting my time.” I go to another window – the place is all windows – and a woman kindly points out that this is not an information booth at all – do I see a sign saying so? And there is none. Can she please help me anyway? As she is pondering my question a friendly schlubby guy with red hair says he can help, and actually goes to get my bags, and gives them to me at a rainy exit door.

So I’m on my way again, now going to Northampton, and the trip is delightful – I am alone in a kind of Scenicruiser train, front car, looking out at a bright day, passing along through green trees into a country landscape. I feel good.
Is that what all those dreams of dark complex cities and inexplicable errands was trending toward, that landscape? Green, almost glassy, tree-filled but not forested land. Another constant place in my dreams. Escape and rest.

July 24:
Going with a van full of students or workshop participants to a city – a daylit Midwestern midsized one, brilliant in the sun, old fashioned domed building, maybe a town hall – it’s Omaha, I learn. We set up in a storefront. I read a brief story to them out of an old pulp magazine and we discuss. Then – the teacher’s dream, like the actor’s dream, is having nothing prepared and not knowing the subject or the material – I flipped through the magazine looking for something to go on with. Chose a story for its outlandish language – I seemed to know the author — and started to read, but now it appeared we had to go back soon to where we had come from and catch a plane, and the dream turned into the usual Missed Errand type, including lost papers, and in this instance broken shoelaces – I kept trying to tie my shoes with progressively shorter laces till I woke up.

August 9:
I was a younger man, poor and single, in the city. I needed a car, and found a large and ancient, battered and rusted van for sale very cheap — even had a toilet in the back. I knew my parents would find this odd but I thought it was a great deal. It might have been free. A couple of young women with me, also enjoying it – what a deal! Then out with it on the streets of a big daytime sunlit city, and I’d got a job as a sort of freelance bus driver, my van now a small bus, still shabby and rusted. Picked up people, got stuck or lost in various ways, passengers annoyed at me or giving advice. I didn’t know the city, or this part of it. At last stopped and let out my disgusted passengers. One who’d been kind, a young tourist, stayed with me – he and two friends, one in a black velvet cutaway coat, were visiting shrines connected to their faith. “If I could find the shrine of Our Lady of Loreto,” I said, “I could get oriented, and know where I should go.” But, the tourists said, that’s far away, up on the top of a hill. Did I mean that shrine? — pointing to a sort of huge Moorish-looking building. “No,” I said, “that’s Temple Emmanuel.” We were actually standing in front of a small white marble building—shrine to some saint-like lay person – and I thought this was maybe what he meant. He (the other tourists now gone) and I went in. An old black man, sort of Morgan Freeman-like, told me that no, I wasn’t done with driving; and from an ancient printer in a dark office he produced a paper– my route! Now I’d know where to go, what turns to make on what streets. I tell the Christian man I’m very bad at directions – he said he’d guide me. We set out. I thought maybe I could just carry on as a gypsy bus and keep all the fares, but decided that would be wrong, and anyway I’d probably be caught.
This dream – the failure, the spiritual guide, the shrine, the wise keeper of the shrine, the task given me, the guide remaining by my side, the temptation to backslide – was so like a myth that I could sense its hieratic force even asleep, though only awake could I grasp it.